posted by: Cheryl McLean
Canadian Creative Arts in Health, Training and Education Journal
Unfortunate news about the CBC programme "White Coat Black Art" hosted by Dr. Brian Goldman. From what I read, it looks like the show has been cancelled. I have posted about this show before and linked to a podcast interview with Goldman and "Dr. Cunningham" who spoke
about alcoholism, "the God complex" and his own spirituality. Hear podcast with Dr. Cunningham

Recently the show focussed on end of life issues and physician/patient communication.

As described, the programme, " explores the tension between hope and reality: between what patients want, and what doctors can deliver. Doctors, nurses and other healthcare professionals explain how the system works, and why, with a refreshing and unprecedented level of honesty."

If you haven't had an opportunity to catch the programme the podcasts are still available at the CBC website.

If you like what you hear send an email to the CBC encouraging them to continue the programme "White Coat Black Art" again in the future.

posted by: Cheryl McLean
Canadian Creative Arts in Health, Training and Education Journal
Hope you are all enjoying the holiday season! I've added a new section to our "Crossing Borders" blog. Check out the sidebar at the right and scroll down to "Picks from the book shelf" Here you'll find an eclectic collection of a few recommended books. Among them "Performance Ethnography a Critical Pedagogy and the Politics of Culture" by Norman K. Denzin. 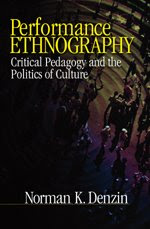 (excerpt from the book jacket)
"Performance Ethnography is divided into three parts. Part 1 covers pedagogy, ethnography, performance and theory as the foundation for a performative social science. Part 11 addresses the worlds of family, nature, praxis and action employing a structure that is equal parts memoir, essay, short story and literary autoethnography. Part 111 examines the ethics and practical politics of performance autoethnography anchored in the post 9/ll discourse in the United States."

"For anyone interested in qualitative research and performative social science or ethnodrama in health this book is highly recommended. Dr. Denzin also includes several of his own performance texts in part 11 of the book. They are rich, multi layered and insightful stories grounded in history and personal experience. This is more than a book. It is a gift from one of the world's leaders in qualitative research for those of us interested in writing performances that educate and challenge while advocating for change."
Cheryl McLean, Publisher, Canadian Creative Arts in Health, Training and Education Journal (CCAHTE)(after taking the book out from The University of Western Ontario Library about 20 times, I was pleased to receive my own special copy as a gift for Christmas. CM)

Another gift.
If you haven't already subscribed to The Canadian Creative Arts in Health, Training and Education Journal (CCAHTE) you can subscribe without charge with an email to ccahte@cmclean.com "please subscribe". We look forward to hearing from you!
Posted by Cheryl McLean at 6:59 AM 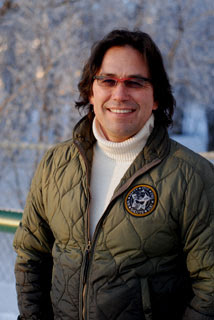 I connected recently with The International Visual Sociology Association and discovered The Visual Voice Project by Vincent O'Brien, Principal Lecturer in Public Health at The University of Cumbria UK. The group works with communities using participatory video and photography methods in research and for community development.

The very comprehensive Visible Voice website shares information and video excerpts of the work in action and practice.

Posted by Cheryl McLean at 5:53 AM